Nice Breakside pilsner at Tilt. All German hops and malt shipped over. Everything is German but the water, to give it that 100% German pils authenticity. Is the shipping costly? Probably. But for a young brewery they're doing wonderfully. Most sales are in Oregon, the Portland area, and then Seattle. They also distribute to a handful of states, plus Hawai'i Germany, and Norway. They ship the beer, brewed and refrigerated, across two oceans, all from Portland. 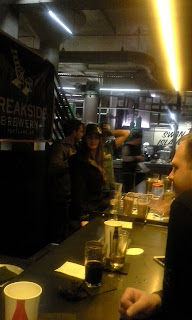 Their bourbon barrel-aged aztec is insane. "Strong ale brewed in chiles and chocolate aged in bourbon barrels. Yes. Bourbon, chile, and chocolate together apparently tastes like tequila. It has a robust flavor of a spicy red ale, with a tequila nose. 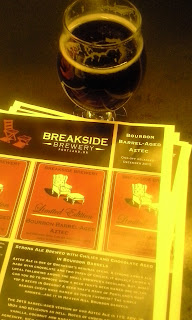 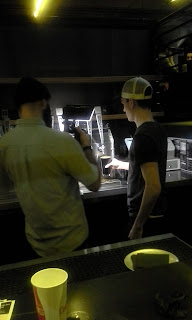 There's nothing quite like pouring a pint with your own personal beer photographer.